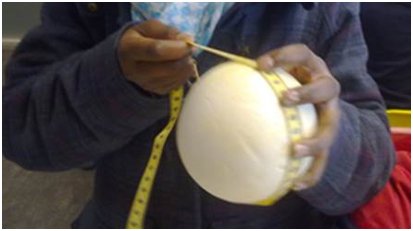 Abstract:
The aim of this activity is to make students aware of the scales and spatial hierarchies in nature and of the magnitudes represented by the different units of measurement. It is also intended that they practice and gain agility in the calculation of proportions in the representation of large magnitudes on a human scale. As a practical example, the representation of the Solar System is used, scaling the real distances between the Sun and the planets to classroom, playground and even neighborhood proportions.

Advisable age of students: 13-14 Attention to diversity and inclusion aspects to have in account

Balls (porex, foam, papermache,…) of different sizes to represent Sun and planets, or cards with printed images of planets, or costumes representing planets.

Development
The class or project will start with the visualisation of the 1977 video “Powers of Ten” (it has subtitle translation to many languages andalso other language versions exist).
After that, in teams of 2-3 people, students will explore the application “Scale of the Universe” starting at human scales and exploring deeply in the immediate lower and higher range, and then

Representation of the distances between Solar System’s planets and the Sun at scale. A table with the numeric distance of every planet to the Sun will be posted in the screen or board. It will be explained that we are going to scale 4 million of kilometres to 1 cm. Then the equivalent distances will be written beside de real ones in the board (it will go from 14 cm for Mercury, to 11 m for Neptune). The inner planets will be quite close between them, while for the outer planets there will be gaps of several meters (see table below). In teams of 10 students, they are going to represent the Solar System scaling the distances (but not the size of the planets and sun at the same time because we would need km): in each team 9 students there will be the Sun and every one of the planets, the 10th student will be a conductor to help with the material and observing how everybody is in place. The students can hold a card with the picture of the stellar object they represent, or they can wear a costume representing it, or they can hold a porex ball painted as their planet. It must be clear that they have not to be aligned pointing in line to the Sun: each planet it’s at a different place of its orbit (at the right distance) and there’s no alignment (see figures below).

The students sit down again in rounds and talk about the experience and what they understand about it, reviewing the concepts.

They can also debate about critical thinking in reference to the interpretation of images, like the illustrations of the Solar System where planets appear aligned (when they shouldn’t be) or all looking equally separated.

This activity can be used as an opportunity to organize a focus group on the learning methodology, focusing the discussion on whether students think they have learned better or worse the concepts covered in this activity compared to other more traditional ones.

This proposal can have many derivations and can be part of a long project. The mathematics needed for it (for example to scale the distances in the Solar System) can be not only posted in the board but calculated by the students. The teacher can also propose the following challenge:

On a dry lake in Nevada, a group of friends build the first scale model of the Solar System with complete planetary orbits: a true illustration of our place in the universe.

This file is licensed under the Creative CommonsAttribution-Share Alike 3.0 Unported license.

Circular representation of the observable universe on a logarithmic scale. Distance from Earth increases exponentially from center to edge. Celestial bodies were enlarged to appreciate their shapes.

4- Things to measure in class (together with chairs, tables, floor, walls…) 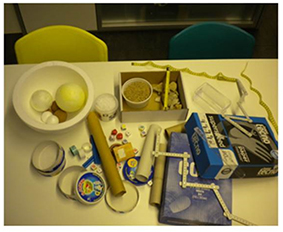 5- Example of material to represent Solar System Planet’s relative distances at classroom scales: The sun and every planet it’s held by a student, stretching the string to the represented distance from the Sun at the right scale. The stellar objects can be represented by children with costumes, balls, etc… 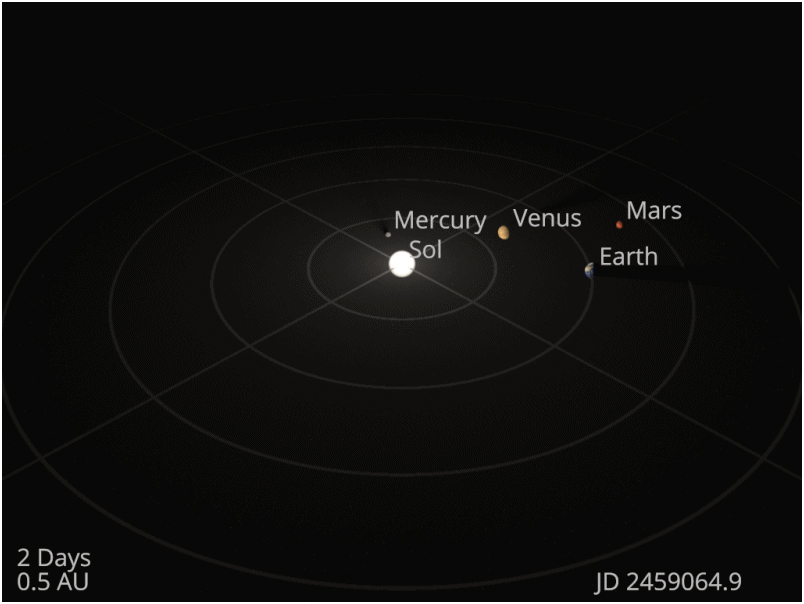 Measuring the world and scaling it