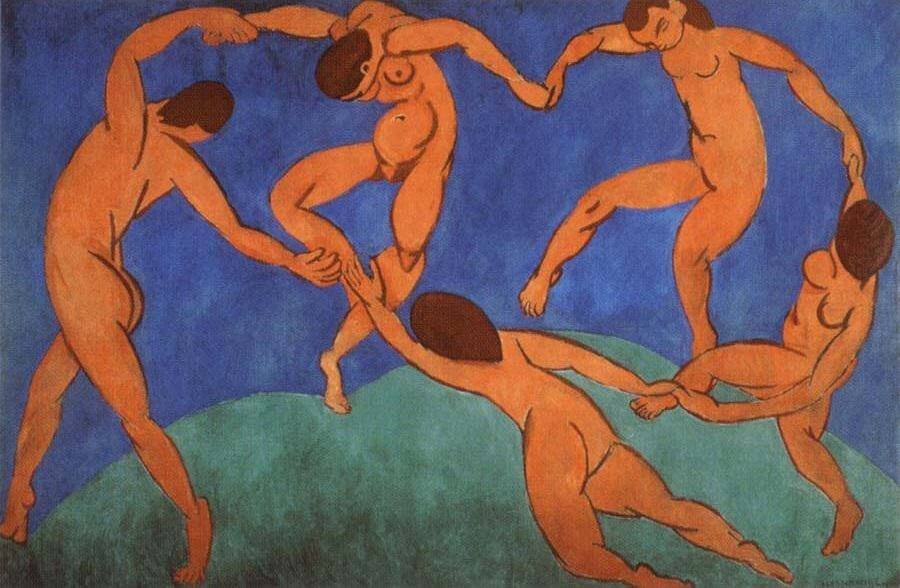 Topic: Application of the basic formulas for calculating perimeters and areas of regular polygonal figures
Area: Mathematics
Abstract: Inspired by the Matisse’s painting The Dance, the students will have to find their place in the space, giving shape to the given geometrical figures, using the formulas, and adapting the shape to the number of participants

Learning objectives:
Formulas of perimeter and area of the regular polygonal figures.

Matisse’s Dance is a painting depicting five figures in a circle. A circle that simultaneously evokes harmony and chaos. There are bodies in motion occupying a certain space and creating a certain dynamic. In the same way, the students, starting from these reflections on body expression, shapes and dynamism, move towards the realisation of the exercise, using their bodies to create more rational figures following geometrical rules. One more time a contrast between chaos and harmony.

1. Choose the geometrical shape from those available – according to the program –
2. Write the formulas of perimeter and area on the board. Every student represents 1 unit if they have both their arms opened, instead half unit with only one arm opened.
3. The students will arrange themselves in the space, taking care of not leaving anyone outside the perimeter or the areas.
4. Assign each value to the unknow of the formula.

How it was for you to collaborate with your peers?
Did you feel part of the composition?
Did you face any challenge during the development of the exercise? How did you overcome it?
The exercise is useful in order to raise the awareness of the students about their value, inside the figure and outside in their life. It boosts the cooperation and collaboration among them, trying to reach a common objective. The exercise is useful to interact and increase their social skills as well as verbal and non-verbal communicational skills. At the end they will be part of the process, receiving visual feedback of a simple formula written on the board.