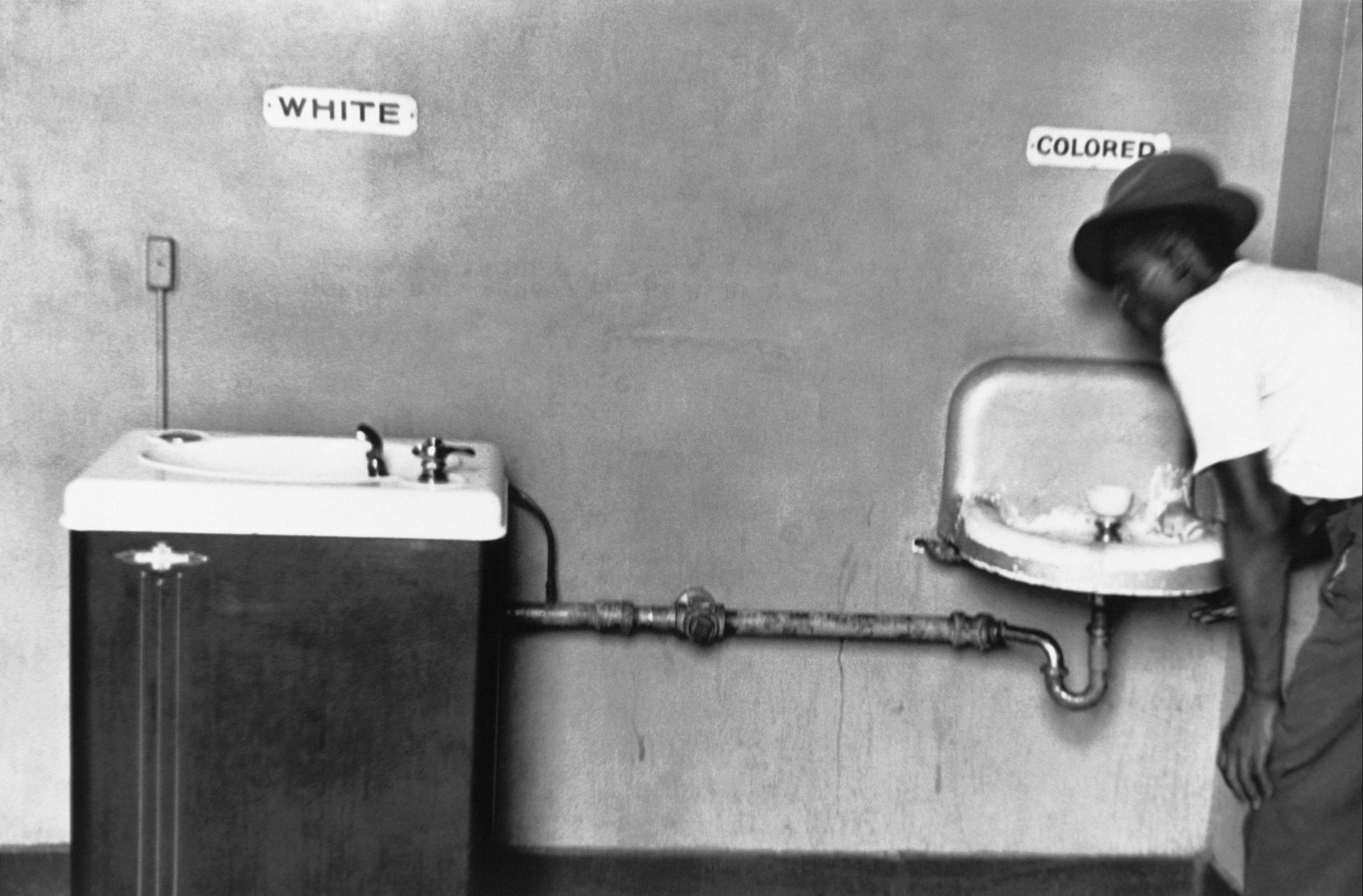 Topic: Inclusion, Integration, Segregation, Exclusion
Abstract:
This learning proposal aims to explore 4 key concepts such as inclusion, integration, segregation and exclusion through art and role-playing, together with the use of technology, initially with a BYOD approach, and with the final creation of a digital or audiovisual product. It is designed to be implemented in the fourth year of ESO and lasts approximately four hours, but it could vary depending on the depth that is to be developed. Moreover, it is a proposal that can be developed perfectly at the beginning of a project, as it has “triggering” elements that invite you to explore and go further. It should also be said that it is a proposal that can bring to the surface personal experiences and emotions about the aspects worked on, as well as finding connections with today’s world, but also with that of our historical past.

Previous knowledge:
Optionally, if option 1 (digital narrative) is applied in phase 3, it is recommended that students have previous knowledge of programming with Scratch.

Development
Using the Mentimeter tool, we project the 4 images (1) of the 4 concepts Inclusion, Segregation, Exclusion, Integration. They have to relate the concepts to the images they see. The students, with their own BYOD mobile device (individually if everyone has one, or in pairs or small groups if not everyone has one, or school or classroom devices), answer the questions and from here a conversation is generated about what they see and above all to focus on two aspects:

– What each of the words mean at a deeper level of knowledge (going beyond the definition).
– Relate the words to current social events, as well as emotions and feelings. (you can refer to personal or known experiences).

Development:
Introduction to the representation of concepts through mathematics and creation of teams – (30 minutes) To begin with, each person will be given a card with a different geometric figure, including triangles, squares, pentagons, hexagons, heptagons and a single card with a five-pointed star. The pupils are then asked to organize themselves into groups with partners who have the same number of sides but one side, then with partners who have the same colour, parallel lines, etc. The person who has the star will realize in each grouping that he/she cannot be part of any group and that there is always someone excluded. Once the group has become aware of this, the challenge is to find a slogan in which no one is excluded and that they can group together. The final solution may be that the only group is the group of geometric shapes. Afterwards, we reflect on the experience and on how geometric shapes also teach us the concepts of inclusion, exclusion, integration and segregation. In this sense, the same groups of geometric shapes plus the star, which will be for the group of pentagons by the 5 points, will be the groups that will then work on the representation.

Understand the dynamics of the activity and define the context (5 minutes). Once the teams of 5 or 6 people have been defined, each group should do the following. First of all, all the members should understand the activity they are going to carry out, which consists, broadly speaking, of representing an everyday situation where one of the 4 concepts worked on in the previous phase is clearly experienced through a role-playing dynamic.

Once this is understood, the group should choose the situation in which they will represent the concept, for example in a bar where different friends meet; or in a team of a specific sport and where there are different people; or at work, among others.

Casting and defining roles (5 minutes)
Once this first part has been completed, two people freely chosen from the group leave the group with the aim of representing two profiles of people that we can find in our society, for example people with physical or mental disabilities, people from other cultures and origins, people with very different ways of dressing from the common, etc. In order to decide which profile the two people should represent, each of them will decide a letter or card in which the profile to be represented will be explained. It should be noted that each group will have a pack of cards with all the profiles before starting the activity.

Preparation of the role-playing (10 minutes)

Once the roles of each person have been defined, those who represent the social profiles and those who receive them within a group, we start preparing the situation to be represented.
The people who will represent the large group will have to decide which of the 4 concepts (inclusion, integration, exclusion, segregation) they will represent when the other two people arrive in the group. To do this, they should agree on the attitudes, roles, behaviours, etc. of each person. In this sense, the two people who will represent the social profiles they have been given on the cards should also prepare their representation. For this purpose, both groups can use clothes and materials for their representation.

Performance (10 minutes)
After the preparation, each situation is represented in each group. The idea is that the couple with the social profiles do not know what kind of reception they are going to find themselves in when they enter the group, i.e. whether it will be an inclusive, exclusive, segregating or integrating reception. Therefore,  it will be very important to work on improvisation. After this first round, it can be done again with the aim that all members of each group experience different roles in different situations.

In this second part, we propose that the students consolidate the concepts worked on previously through the creation of a digital story with technology. To do so, we suggest two options.
Option 1 – Creating a story with Scratch
The first option requires previous knowledge of Scratch and the proposal is that each group builds a story about one or more of the concepts worked on and can be based on the characters that have appeared on the cards, or they can be completely different. What is essential is that the concepts are dealt with. In this sense, it can be an animated story (see example below).

Option 2 – Creation of a short film
If there is no previous knowledge of Scratch, or if the teacher considers it more appropriate, a work related to audiovisual literacy can be done by recording the representations and making a documentary/film with video editing (with texts, transitions, etc.) using tools such as OpenShot. It can be done in groups and each group can have the whole recording, so that each group can choose the fragments and how they would explain the 4 concepts in documentary or film format through this material.

Phase 3        60 min approx.             Reflexion and debate
Development:
In the third phase and in a small group, everyone comments on how they have felt in each of the roles, but also working on the empathy of how people can feel in each of the situations. Subsequently, the experience is shared in a large group and the concepts worked on are

emphasized. This can be done by sharing in the large group each of the animations made in Scratch or the video films produced and talking both about what they wanted to express and what they have learnt about the aspects related to the concepts worked on. They also share  the discoveries and difficulties they have had in technical aspects, teamwork, etc.

It should be noted that the other phases and sub-phases will also have generated moments of reflection and debate, and not only in this third phase. What is important to highlight is that in this phase the creations will be shared, and the whole experience will be shared in a large group.

Comments, possible derivations, and prolongations of the proposal:
The proposal is suitable to be deployed in three class sessions (small group), separated by a period in which students work independently in teams making their own audiovisual creation or digital narrative. So the distribution could be as follows:
1st session: Phase A (visualization and introduction to concepts) + Phase B Introduction to the representation of concepts through mathematics and creation of teams.
2nd session part Phase B (Staging and dynamics)
3rd session Work in the technology classroom and autonomous team work accompanied by the technology teacher to produce an audiovisual production or digital narrative based on the learning from the first session.
4th session: Phase C (sharing, reflection and conclusions).
It can also be done in a large group and the situation to be represented by the whole class, for example, 5 people with different profiles, who come out of the class and are represented and debate and reflection is generated from here. The work in small groups facilitates reflection and depth and is more appropriate, everyone can say their own thing. It can also be done in a large group, and then in small groups do the work with video or scratch and each group a different concept with a different story, or all the concepts. 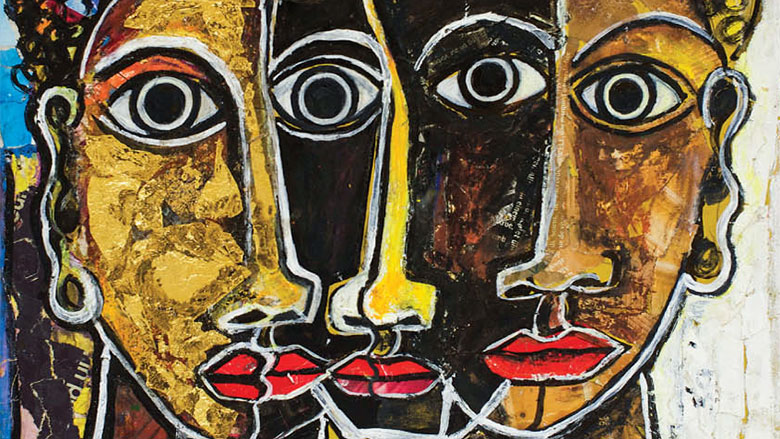 How are we received and located?