Abstract: With this learning proposal students will deepen their understanding of the concept of waves as physical phenomena that transports energy or information.  They will learn, with examples of daily life,  about how technology uses some properties of electromagnetic waves, such as the photo-electric effect, reflection of light, etc., to see and detect objects.

Advisable age of students:  15-16 years(Flexible according to the curriculum of specific country). Attention to diversity and inclusion aspects to have in account:

Materials: Online materials provided in the references section. If the teacher and the students wish they can use cards or costumes to represent: remote control, tv, light waves, car or vacuum cleaner…

Development: In the first phase the concept of wave is going to be reviewed by using several of the images and videos in the resources section. The teachers will start with the painting of Hokusai “The great wave of Kanagawa” (1932) and the class will reflect on what is happening in the picture: how can they define a wave looking at what is happening -it can be oriented in terms of energy and movement- what is happening to the boats? Are they moved from their spot? (Horizontally? Vertically?). After this the suggested gifs and videos (drop water in a pond and slow-motion drop) can also be visualized. After talking about waves in water, the conversation can go to sound waves (that are also mechanical waves, but we don’t see them) and reflect about how are they transmitted: as one of the people in the class talks, he/she is moving the air particles around her and these are moving the ones beside and so on util they reach each people’s ear and trigger a vibration in the timpan.  After that the teacher can talk about another type of waves that we don’t see: These are light waves, more generally called electro-magnetic waves. There’s a type of light waves we can detect with our eyes, and this is called visible light and it can be perceived in different colours. But there are other types of light waves that humans eyes can not detect, such as infrared light. Infrared light is also there when we decompose sunlight in its colours with a prism just besides red light and although we can not see it we can measure it’s effects with a thermometer (it will mark higher temperature than the red).  (See the pictures in the references section).

Development:
After introducing infrared light in the previous section,the teachers can spark this phase with these questions:
Can you think of ways in which in our daily life infrared light is used?
Have you ever wondered how a remote control works?Can you guess it?
Can you think about why the elevator door does not close when we are at the doorstep?
Can you think why when somebody is driving backwards the car detects the behind nearby obstacles?
Can you think why a vacuum-cleaner robot detects the walls and obstacles so it can turn to a different direction?
Students are going to represent the answers in a theatrical action taking these roles (in as many teams are necessary for all the students to participate):
–                       1 student: to be the wave emitter
–                       1 student: to be the wave receptor
–                       1 or 2 students: to switch on and off the wave emitter, and manage different material needed in the representation.
–                       6 to 12 students: to be part of the wave
From here several of the situations described in the previous questions can be represented:
1-                    To represent what is happening when we use a remote control to communicate with the tv:
•                     The students that are part of the wave are going to crouch down in a raw. The student-emitter is at one side of the raw and the student-receptor is at the other side.
•                     The student that is the wave emitter in this case represents the remote control
•                     The student that is the wave receptor in this case represents the TV
•                     When the student that is playing the switch gives a signal to the student representing the remote control, this triggers a wave touching the first student in the wave raw, who is standing up and crouching again, immediately after the second student stands up and crouches again, and this action is repeated by all the students in the raw (doing a wave) until it reaches the receptor (student representing the television) that in the moment the wave reaches to him/her turns on the TV (that it can be represented for example the mobile or a flash light).
2-                    To represent what is happening when we the elevator door does not close when we are at the doorstep:
The representation is very similar to 1. In this case when the student-wave is on (the student-emitter has triggered it, and the student-receptor is receiving it) the door begins to close (students can represent this putting a carboard in front of the representation), but if one student steps in to the wave it breaks its transmission and the student-receptor does not receive the signal to close the door, so it stays open.
3-                    To represent what is happening when an obstacle is detected by a car driving backwards or by a vacuum cleaner robot: The position of the wave-students will be the same (initially crouching down in a raw) but in this case the student emitter and the student-receptor are going to be on the same side of the raw (they all together are inside the car or the vacuum cleaner). Another student (playing an object) or a wall will be at the opposite side of the raw. So, when the switch signals to the emitter to trigger the wave, the first student stands-up and crouches, the second goes immediately after and so on in a wave form until the last student reaches the obstacle or wall. This is the moment when the wave is reflected in the obstacle, so it goes back its path and the last student has to stand up and crouch, then the one before him or her until the wave reaches again the device where the emitter and the receiver are. The receiver signals the car or the vacuum-cleaner to stop because it has detected the obstacle. Therefore, with this activity students should understand how technologies use the photoelectric effect and also reflection of light waves:  for example a remote control communicates with our TV, or the parking lot door, through a beam of light that we do not see, because is infrared light. Or when we are at the doorstep of an elevator we block an invisible light beam (infrared) therefore, we prevent it from touching the sensor, or that when a car or a robot detects an obstacle is because it has received back the infrared light that it previously has emitted since this was bounced back by the obstacle.

Development:
The students sit down again in rounds and talk about the experience and what they understand about it. This activity can be used as an opportunity to organize a focus group on the learning methodology, focusing the discussion on whether students think they have learned better or worse the concepts covered in this activity compared to other more traditional ones.

Relation with robotic: In the representation 3, where the device is detecting obstacles, can be prolongated to think about the wave speed and how the program in the device can know the exact distance of the object. This can be used for example in robotics class, where students program a robot to change its trajectory when they detect an object at a given distance. This proposal can have many derivations and can be part of a long project studying different wave phenomena (refraction, reflection, diffraction, interference).

References and links:
1-The great wave of Kanagawa (Hokusai, 1832)
https://commons.wikimedia.org/wiki/File:Great_Wave_off_Kanagawa2.jpg 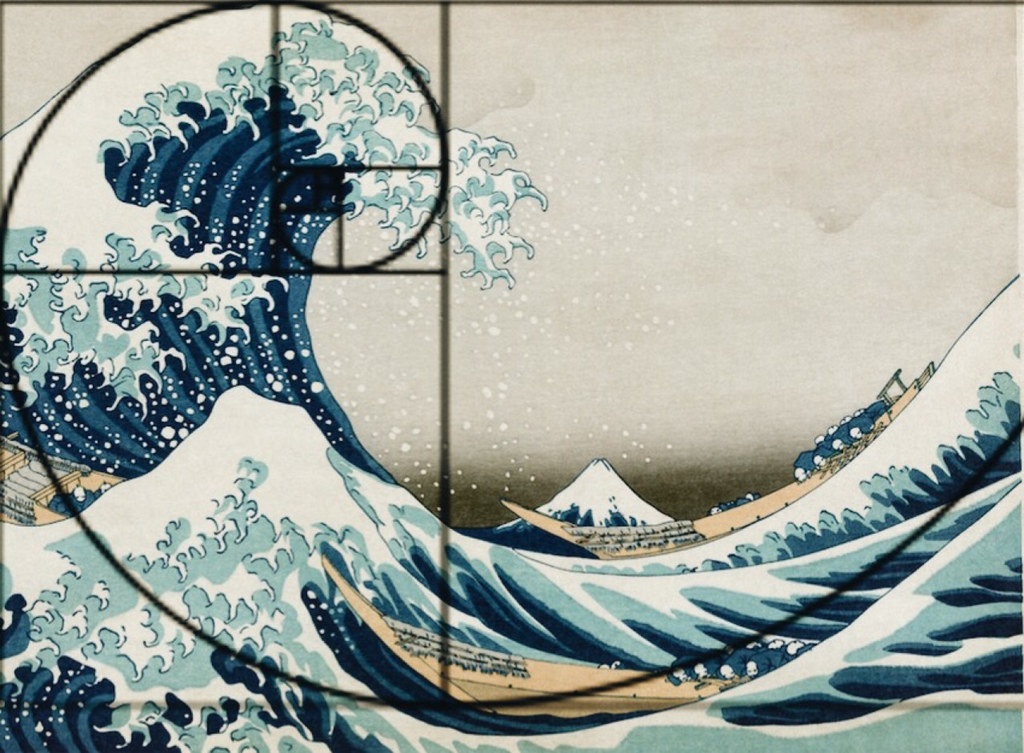